Chart.1 Starts and Permits still at All time Low 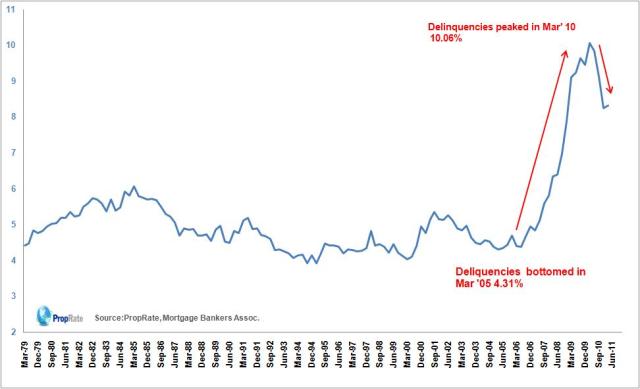 The improvement in delinquencies may due to the recent recovery in the employment figures. Inventory levels have yet to show significant improvement from the sub prime recession. Consequently, homebuilders are discouraged from breaking new ground. This evidenced by the anaemic levels of new building starts and permits

1 Response to US Housing Market Charts